11 Best Ways To Take Screenshot on Asus Laptop Windows 10 PC Laptop – Are you facing any issues while taking a screenshot on the Asus laptop? Then you are in the right place. in this post, I will share with you, how to take screenshots on Asus’s laptop.

Following the steps below I have discussed how to take a screenshot on the Asus laptop.

Taking screenshots on the Asus laptop is quite the same as other brand laptops, but there are slight differences depending on the brand of laptop that we use and also some differences in the various operating system.

The latest Windows 10 provides to create screenshots with onboard tools. Although there are various additional tools available in the market, some of them are available free of cost, and some the premium tools.

In the latest generation, ASUS Laptops that are running on Microsoft’s Windows 10 Operating System are easy to take screenshots, where you have to download and install certain Software or add-ons for taking screenshots on your ASUS Laptop.

The latest generation of ASUS Laptops has quite a simple technique for taking screenshots.

How To Take Screenshot on Asus Laptop Windows 10

Some Latest ASUS Laptop Model series are listed below:

1. The Screenshot on Asus Laptop with Snipping Tool

A built-in Windows screenshot tool, Snipping Tool is present since Windows Vista. You can find this tool in Start> All Programs> Windows Accessories> Snipping Tool.

To use the Snipping tool, open it and click New to start the screenshot process. The default snap type is a rectangular snip – you’ll use your mouse to cut off the rectangular portion of your screen to take. You can also take pictures of forms, windows, and full screen with the Snipping Tool.

To capture your entire screen, tap the PrtScn keyboard button. Your screenshots will not be saved but will be copied to the clipboard, you have to open an image editing tool (such as Microsoft Paint), insert a screenshot in the editor, and save the file from there.

4. The Screenshot on Asus Laptop with Windows + H Button

If you want to capture the whole screen for sharing purposes, you can use Windows Key + H keyboard shortcuts.

To take a screenshot of the Asus laptop quickly from the active window, use the keyboard shortcut Alt + PrtScn. This will take your current Windows snapshot and copy the screenshot to the clipboard. You need to open a shot in the image editor to save it.

6. The Screenshot on Asus Laptop with Windows Logo Key + Volume Down

If you shake the Windows Surface device, you can use physical buttons (well, sort of physical) to take screenshots of your entire screen – similar to how you would capture screenshots on a smartphone or Other tablets.

To do this, hold down the Windows Logo touch button at the bottom of your Surface screen and press the physical volume-down button on the side of the tablet.

The screen will be dimmed briefly and the screenshots will be saved automatically to the Pictures> Screenshots folder.

7. The Screenshot on Asus laptop with Snip Editor

Snip Editor, or Microsoft Snip, Is a Microsoft Garage project that works a bit better than the Cut tool (I think).

Like the Snipping Tool, Snip Editor lets you snooze screenshots for up to 5 seconds, so you can snapshot of lost menu and tooltips.

Including free pen options (suitable for Windows Ink fans) and sound recordings. Like the Snipping Tool, Snip Editor lets you snooze screenshots up to 5 seconds, so you can snapshot of lost menu and tooltips.

This application offers a screenshot method that can be done easily, but before making sure you have installed this application and the Lighshot icon will appear in the Windows taskbar.

For the next step, you need to select the screen display or image you want to screenshot, then click the Lightshot icon on the Taskbar menu. Then you select the area to be captured, and use your laptop mouse.

After you select the image and save it by clicking on the diskette icon or logo, save it according to the format provided namely PNG, JPEG, and BMP.

For additional features there are share, print, copy, add text, give a marker, and others. In terms of small size, it is only 4MB and supports Windows XP, Windows 7, Windows 8, and Macintosh.

Jing Applications that have the features and tools offered are not much different from other screenshot applications.

Plus it can record the screen display in 5 minutes duration. It’s easy, just select the Capture Video menu in the Menu option. However, for saved image formats PNG is only available.

The advantages of the application are that can store screenshots in high resolution, and the choice of format also varies such as JPG, PNG, and PDF.

The good, the screenshot application on this laptop can record video displays on the screen. Other features you can edit by cropping, printing, and adding watermarks, markers, and more.

For the matter of its very small size, which is only about 5MB and supports Windows XP, Windows 7, Windows 8, and Windows 10.

To use this application, you can simply click the camera icon and the image will be saved automatically. Schirmfoto can also allow you to capture the desired image.

So, friends, these above are some ways how to screenshot on Asus laptop windows 10, I hope this guide will help you to take a screenshot on the Asus Laptop. If you have any queries related to this article you can comment below we will definitely get back to you. 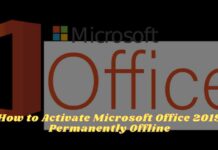 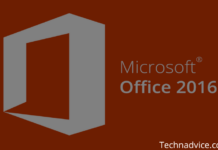 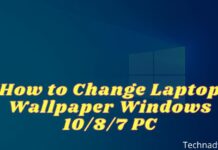 5 Display Advertising Mistakes You Should Avoid for Ideal Campaign

Nazrul Islam - February 22, 2022 20
5 Display Advertising Mistakes You Should Avoid for Ideal Campaign 2022 - If you are actively running ad campaigns as a digital display advertiser,...

How To Delete Browser Cache And Cookies on PC 2023