10 Best Screenshot Applications for Windows 10 PC 2022 – There are many ways you can take screenshots in Windows. The most classic way is to use the PrtScn key to take a full-screen screenshot and then paste it into an editor like Paint, but this method has many limitations.

If what you need is to take a screenshot of a certain area on the screen, give it arrows, circles, text or quotes, and other attributes, then this can only be done with the help of an application.

There are many PC screenshot applications that you can use, some are free, some are paid. For non-commercial purposes, you can simply use a free application.

Here are some recommendations for the best screenshot applications in 2022:

The first screenshot application is Lightshot, which in our previous post was included as one of the must-have applications on Windows 10.

Lightshot can be used to take screenshots of any area you want. One of the advantages is that we can directly edit the screenshot before saving it to the computer. We can give arrows, handwriting, text, and lines.

Apart from being stored on a computer, the screenshots taken can also be directly shared on social media or uploaded to the server. This feature will make it easier for us to share it with friends or colleagues.

Lightshot is a freeware application that can be used for free. Currently, Lightshot can be used on Windows 10, 8, 7, macOS, Linux, and Google Chrome.

How to take a screenshot with Lightshot:

The best screenshot application for PCs and laptops which is next is Greenshot. This application can also be used for free on Windows and at a low price for Mac users.

Greenshot allows users to take screenshots at any desired space on the screen, in the active window, or take full-screen screenshots.

One of the special features of this application is its ability to capture web pages in full even if the length is down. This feature is useful for ss long article pages without getting chopped up.

The resulting image can be saved to a computer, copied to the clipboard, uploaded to a server, sent directly to an email, or opened in a photo editor. Overall the features of this application are arguably very complete for a free application size.

The next best screenshot application for Windows is FastStone Capture. This application is quite light but has very complete features, exceeding expectations for the size of an application that can be used for free.

FastStone Capture can be used to take screenshots with free selection mode, active window, and full screen. The screenshot results will automatically enter the editor, from here we can edit the image by providing attributes such as lines, arrows, circles, text, annotations, magnifying glass, and highlights.

Screenshot images can be saved directly to a computer or opened in other applications such as word, excel, PowerPoint, and photo editors on the computer. To upload images to the server, users must set up their own FTP server.

Currently, FastStone can be used on Windows 10, 8, and 7 operating systems. For personal and non-commercial use, this application can be used for free, but for business purposes, you have to buy a license.

ShareX is a screenshot application with a more modern look and features. This application can be used to take screenshots on PCs and laptops, edit them in photos, then upload them to the server.

ShareX is integrated with Imgur, one of the largest and most popular image hosting services. The captured file can be uploaded directly to Imgur and the user will get the link.

As soon as the screenshot is taken, the user can set the next task that will be carried out automatically by the application, whether to open it in the editor, upload it to Imgur, save the file to the computer, send it to print, and other commands that the user can customize.

The very special feature of the ShareX application is the photo editor which is very up-to-date. You can edit screenshots by providing attributes such as lines, arrows, circles, annotations, bubbles, watermarks, and stickers. Adding a sticker to the screenshot will make it look more attractive and contemporary.

All screenshots that have been taken with ShareX will be displayed on the main page of the application with a gallery-like appearance, this will make it easier for us to manage the resulting images from time to time.

Apart from taking screenshots, this application can also be used to record the screen into videos and GIFs, making it suitable for those who work as content creators.

The next best PC screenshot application for Windows is ScreenTake. This application allows us to capture any area on the laptop screen by pressing a button on the keyboard.

The resulting image can be edited directly using the built-in editor, you can provide attributes such as arrows, lines, circles, blur on areas that need to be censored, and much more.

The advantage of this application lies in a feature called smart sensing and multi-monitors to take screenshots of several active windows at once. This feature is quite useful for those of you who often work with many applications at once and want to document them without having to screenshot them one by one.

One more application that can be your alternative choice for taking screenshots on a Windows laptop is Snipaste. This application is freeware that can be used for free, Windows 10 users can also get it through the Microsoft Store.

The capture mode that can be used is quite complete, you can select any area on the screen that you want to capture, use the currently active window mode, or take a full-screen screenshot.

Snipaste is designed with a minimalist appearance, so it is light enough to run on a low-spec laptop without disturbing other applications. Snipaste can be used on Windows 10, 8, 7, and XP, and there is also a portable version that can be used directly without installing.

For those who work with the Google Chrome browser every day and often take screenshots of websites, videos, or social media, this Chrome extension called Awesome Screenshot is what you need.

By using it we no longer need to install desktop applications because this extension is already integrated directly with Chrome.

Awesome Screenshots can be used to take screenshots of any area of ​​the browser, record the screen with camera and microphone input, and share it directly on sites like GitHub, Jira, Slack, Trello.

Not only that, even though this program is only an extension to the browser, it includes an editor feature to provide attributes to screenshots such as providing circles, arrows, to text.

Currently, Awesome Screenshot has been used by more than 1 million users worldwide, which is proof that this application is very useful. You can install it on Google Chrome via the link below.

All the applications on the previous list are applications that come from third parties, even though Windows itself already has a built-in ready-to-use screenshot application called the Snipping Tool.

This application has been around since the Windows Vista version, but in fact, there are still many who don’t know the existence of this application. The Snipping Tool can be used to take a screenshot in a free area, on the active window, or a full-screen screenshot.

This application can work just as well as the applications previously described, if your need is only to document the laptop screen occasionally if you find something interesting then this application is more than enough, no need to install additional applications.

The Snipping Tool in Windows Vista and Windows 7 can be found on the Start menu> Programs> Accessories> Snipping Tool.

Windows 10 and Windows 8 users can find this program by typing snip in Windows search, the application will immediately appear in the Start menu.

Especially for Windows 10 users, there is also a new feature called Snip & Sketch that can be used to take screenshots. This feature will replace the Snipping Tool in the future, although the functions and features are not too different.

To use this feature is very easy, you simply press the Windows key combination + Shift + S on the keyboard, then the bar to take your screenshot will appear. Just select the desired capture mode whether square, windows, or full screen.

After the screenshot is captured, it will automatically enter the editor, from there you can edit the image and then save it on your computer. This application is suitable for those of you who occasionally take screenshots and are lazy to install additional applications.

The Xbox Game Bar was actually made specifically for the purposes of creating game content. You can use it to record games and save them in video format. There is also a capture feature that can be used to take screenshots.

Even though it was made for gaming purposes, this feature can also be used on any existing screen. But the screen display that can be taken is only in full-screen mode.

To open the Xbox Game Bar menu, press the Windows key + G on the keyboard, then you can choose to record the screen or take a screenshot.

Those are the recommendations for the best screenshot applications for PCs and laptops that we can give this opportunity. This list will stay updated if you find a good application. 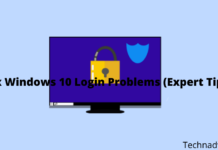 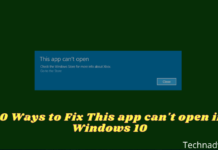 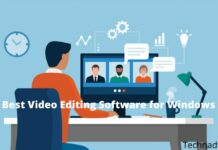 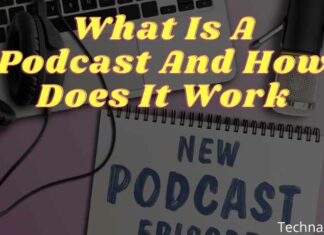 What Is A Podcast And How Does It Work?

Nazrul Islam - April 9, 2021 0
What Is A Podcast And How Does It Work - During your daily commute, you’re probably wondering what people are listening to while they...