The 7 Best iOS Emulator for Windows and Mac 2022 – smartphones are one of those advanced technologies that make the world run faster than ever. Humans can get millions of information in seconds with just one device the size of the palm of the hand and can be used wherever and whenever they want. This does not escape the sophistication of the technology that is in the smartphone device, especially the operating system. 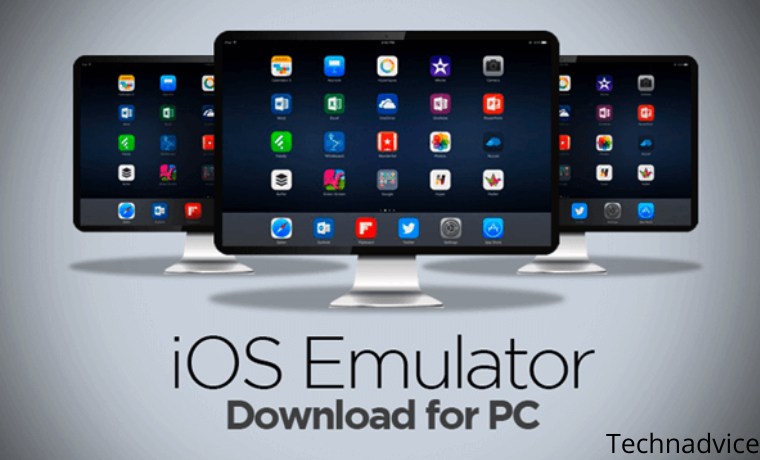 Due to its exclusive nature, iOS gets more attention from some freelance or non-official developers. Ordinary users will not be able to tamper with the contents of iOS and require deeper coding and programming reasoning.

However, with the existence of an iOS emulator, hobbyists or freelance developers can find it easier to understand and use iOS as experimental material on their PCs or laptops. Curious about this iOS emulator? Check out the following reviews.

iOS originated from an earlier operating system called iPhone OS, a special operating system developed by Apple for their iPhone phones. Currently, iOS is popular because so many iPhone users end up choosing this phone as their daily driver. The reason is only two words, “reliable”.

iPhone users will never be disappointed with the camera quality of this phone. Even the latest iPhones always top the rankings for the quality of camera captures. No wonder so many influencers, artists, and business owners rely on the iPhone to promote many things on social media because the photos produced are very good and detailed.

The catch of this iPhone camera does not escape the help of the operating system which processes RAW captures from the cellphone camera. iOS is famous because the software contained in it is able to improve the optimization of the performance of a hardware and application on a smartphone.

In the software or application development stage on the iOS operating system, a test is needed. These tests are usually carried out on live iPhone devices and the performance of the application is directly assessed based on the experience of using it.

If there is an error in usage, the developer can fix the part that caused the error. And if the results are good, then the application can be released or can be said to be a suitable application.

However, testing like this can also be done on a tool called the iOS Emulator.

Overview of the iOS Emulator 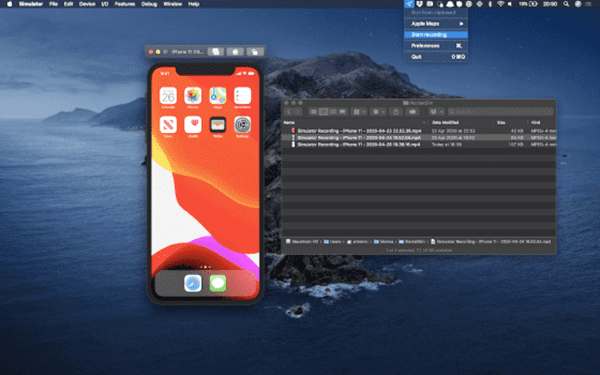 With this iOS Emulator, ordinary users and even developers can be helped to develop their applications before they are released to the public.

Developers deliberately try their applications on emulators like this before they are released to the public. This is done to test and monitor the performance of the application. Because of this need, there are so many emulators for Android, iOS, and other operating systems that have sprung up on the internet.

Like other emulators, the iOS Emulator can also be used on computers or laptops with Windows and Mac operating systems. Therefore, emulators like this are worth trying so you can experience using iOS for yourself or can develop your own version of the application.

Just learning the code and programs can be done with the help of this iOS Emulator. Interesting right? Without further ado, here are some of the best iOS Emulators that you can use on your PC and laptop:

iOS software developers or hobbyists who use Windows are definitely familiar with this application. iPadian provides an experience for users to experience the iOS operating system with a display similar to Apple’s tablet, namely the iPad. With a Windows-based computer, this application can run smoothly and users can use the applications available on it, just like the iPad.

Unfortunately, there are some applications that cannot be used such as iMessages because applications like this can only run on Apple’s original software such as iPad, Mac, and iPhone only. To download iPadian, you can directly visit the site at the following link: https://bit.ly/3E3BHII

Next up is the web-based iOS Emulator, Appetize.io. Unlike previous emulators, this emulator does not require the user to first install it on a computer or laptop. By directly using a browser like Mozilla Firefox or Google Chrome, you can directly access it and use iOS features for free. To test your developed application, you can upload it to this site and your application will run and be controlled through your browser. Simple isn’t it?

When using Appetize.io, you will get the first 100 minutes for free and it will cost you $0.05 per minute. It’s not expensive for an interesting feature like this, moreover, you only need to use a browser to test your application. To try this Appetize.io emulator, please visit the official website using the https://bit.ly/30qKOFk 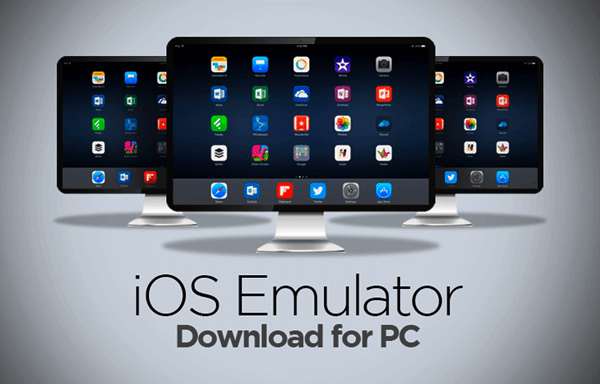 Developers can check if their application runs smoothly or there are problems and errors in it using this iPhone AIR.
To use this iOS Emulator, you need Adobe AIR on your computer and laptop. After that, please download AIR iPhone at the link below: https://bit.ly/3pVpGzL

Smartface is an iOS emulator that can run on the Windows operating system. In fact, not only serves as an emulator, Smartface can also be used as a Debugger or to find Bugs and fix them.

In fact, users can download apps from the App Store and learn about and debug those apps. Developers can directly change the coding of the program in real-time, so there is no need to leave the emulator first. You can even choose the environment from various iOS such as iPhone and Ipad.

This emulator can be obtained for free and you can download it on the official Smartface website or by clicking the link below: https://bit.ly/3pWK5EK 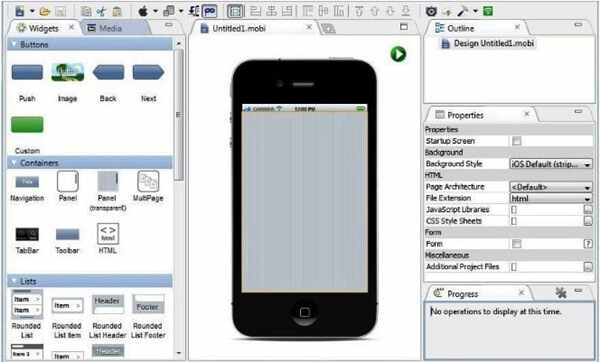 Apart from Appetize.io, Ripple is also a web-based iOS emulator that can run on a web browser. By using browser applications such as Mozilla Firefox and Google Chrome, users and especially developers can run iOS smoothly.

Many hobbyists and iOS developers take advantage of this emulator because Ripple can be relied on in terms of debugging and testing applications. Although users are required to pay or become premium members first, the developers still use this application because of its good performance. For Ripple, you can use the link at https://bit.ly/31RbPml 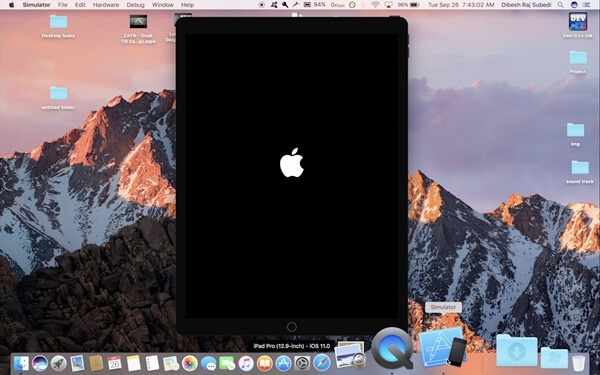 Another iOS Emulator that is widely used by users and developers is called Xcode. Unlike other Emulator software, Xcode can only be used on Mac or Apple computers.

The features in Xcode are specifically designed for developing iOS applications so that developers can get the most out of applications.

Even not only iOS, developers can develop applications for macOS, WatchOS, and also tvOS. If interested, you can get Xcode on the official website by entering your Apple IDE using the link below: https://apple.co/320diXp

Why is an iOS Emulator Important?

As ordinary users, maybe we never think about how an application runs. We only use it according to the instructions listed or use it as we please.

Imagine if there was no iOS Emulator, developers would have to buy iPhone and iPad with various versions before being able to develop their own applications. The costs used will be very high and the free applications that we usually enjoy will turn into paid applications even though the application is a trivial application. Thanks to the iOS Emulator, we as users also benefit, although not directly.

Thus a review of the best iOS Emulators that you can use to develop your own iOS applications. Not only for developers, but ordinary users can also experience using the iPhone on their computer without the need to buy an iPhone smartphone. 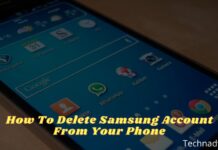 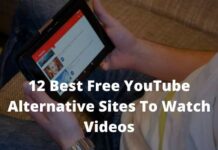 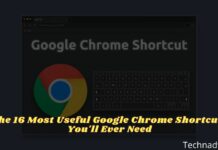 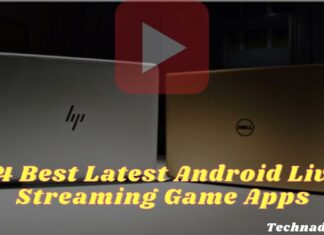 Nazrul Islam - August 17, 2021 0
Best Latest Android Live Streaming Game Application 2021 - Games are becoming one of the most popular games today. Not only can it be...

15 Ways To Take a Screenshot on PC Mac Windows Laptop...