Technadvice
Home Windows How To Disable Smartscreen Filters in Windows 10

How To Disable SmartScreen Filters in Windows 10 – Smartscreen, if interpreted in the Hindi language, might become “Smart Screen” and it is a feature of Windows that is used to detect strange things that will occur on the system. Usually, it will show itself when there are malicious programs that users will run. 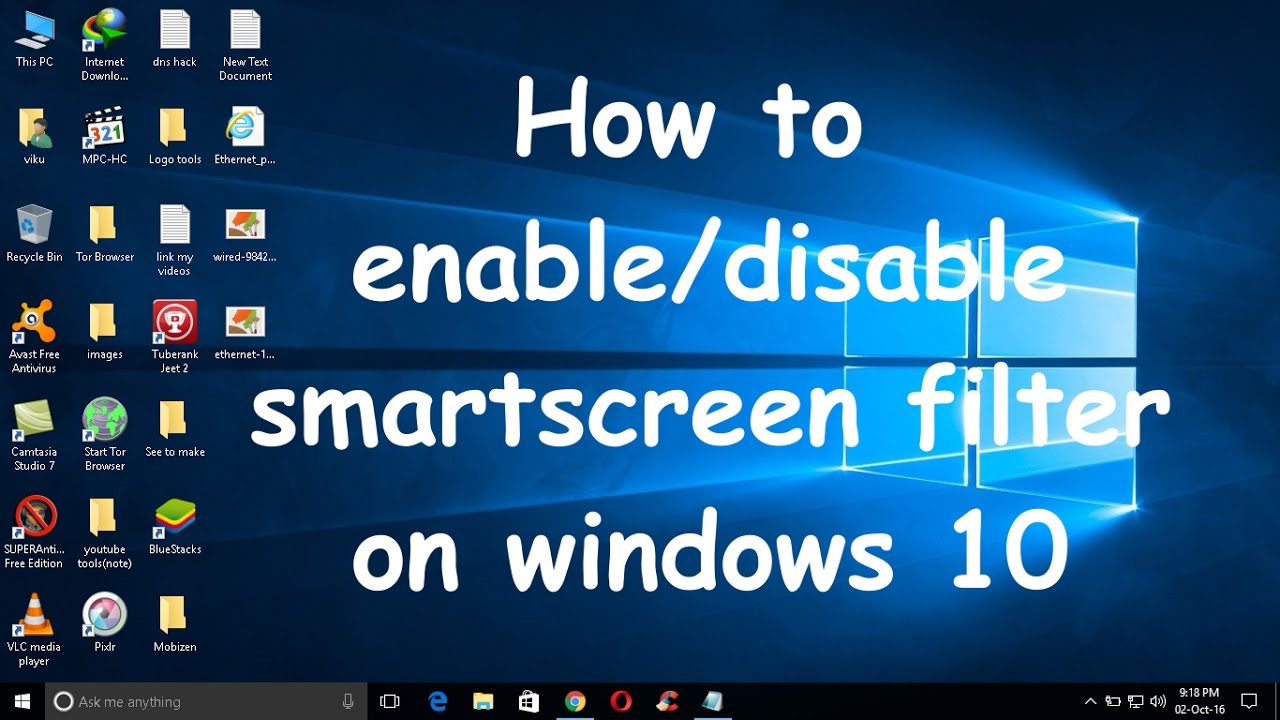 Despite having good elements, but the Smartscreen feature is considered as a feature that makes privacy a little open to all files that have just entered the PC. And they chose to deactivate it.

Read more: How To Disable SmartScreen Defender in Windows 10

So every time there is a new file, whether it’s the result of a download in the browser or others, then the tool will immediately share and analyze the file information to the Microsoft system in a blink of an eye.

This method will not make the computer vulnerable as long as the user continues to enable Firewall and antivirus protection. Because this only prevents the system from analyzing the important files that we have. Here are the procedures.

After trying the method above, try to reopen the file if it is considered potentially malicious to the computer, surely the notification from SmartScreen is gone and will not appear again.

Don’t Forget to Disable It Also in Internet Explorer

Both Internet Explorer and Microsoft Edge also have a SmartScreen Filter feature that is used to prevent malicious sites that may interfere with the computer system.

Read more: How to Record Laptop Windows 10 Screen Without an Apps

But in fact, it is too excessive because with today’s sophisticated antivirus can actually prevent it from happening. And one of the best solutions is to deactivate it. Check out the way below again.

If the user still doesn’t know more about the SmartScreen Filter in Internet Explorer. Please read on the Microsoft website. There is already explained what will happen when this feature is activated.

I understand that privacy is very important to protect, but by activating SmartScreen actually will not disturb anything except if the file that the user opens is always unable or notifications appear from this feature, and very clearly it is very disturbing.

If I choose to deactivate it because I feel I don’t really need the feature while there is an antivirus that is able to eradicate all kinds of new potentially dangerous files that are present on the computer.

Best 8 Ways To Take a Screenshot on Mac Computer 2020

Best 15 Ways To Take Screenshot on Laptops Mac and PC

ABOUT US
Welcome to Technadvice.com, Here on you will Get tech-related updates, Such As How-to Guides Android Bogging Make Money Social Media SEO VPS Hosting and much more.
Contact us: [email protected]
FOLLOW US
© Techought 2020. All Rights Reserved.